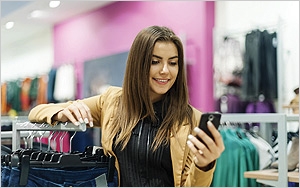 Mobile engagement platform SITO Mobile announced today that its Real-time Verified Walk-In solution will be opened up to the Canadian market via Cieslok Media.

SITO Mobile launched Real-time Verified Walk-In in early April. The release of the product marked a series of planned upgrades to SITO's platform including more data and reporting enhancements, greater measurement and visibility capabilities and direct client access through a dashboard.

“Mobile stands alone as the one medium that is with consumers 24/7, most importantly when the consumer is on the go and most likely to convert, so how other channels are affecting or driving mobile purchase behavior will be of increased importance moving forward," stated Mike Blanchard, director of mobile, Cieslok Media.

A recent study from Denver-based iModerate found that 82% of Millennials say brick-and-mortar locations are important to them, with 80% of Gen Z, 69% of Gen X and 65% of Baby Boomers in agreement, Marketing Daily reported.
mobile, programmatic, real-time, real-time web
Next story loading