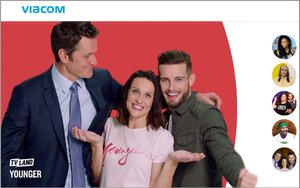 A declining supply of ratings and reduced advertising loads pushed Viacom's advertising revenues down for its fiscal second quarter, despite a strong scatter TV marketplace.

“We believe that Viacom was not able to monetize these solid scatter trends as the company reduced ad loads across its networks,” says Michael Nathanson, senior research analyst of MoffettNathanson. Nathanson notes that a smaller supply of ratings points also contributed versus the same period a year ago.

Todd Juenger, senior analyst of Bernstein Research, says things might be improving a bit -- as there was a sequential rating improvements from the first fiscal quarter to the second.

Juenger also says ad loads were mixed at the company -- up 8% at Nickelodeon but down 5% for all its other non-kids networks.

The company says U.S. affiliate revenues dropped 2% due to a “modest decline in subscribers and a previously disclosed rate adjustment with a major distributor.” Total cable networks' revenues were 2.9% lower to $2.4 billion.

Companywide, Viacom’s revenues were down 2.5% to $3.0 billion. Viacom posted a reverse to profitability in the period -- net income of $303 million versus net loss of a year ago of $53 million.

Viacom’s Paramount Pictures slipped 1% to $655 million -- mostly due to lower home entertainment revenues. But worldwide theatrical revenues climbed 6% to $217 million due to “Daddy’s Home” and “The Big Short.”

Viacom continues to seek a minority investor for Paramount.