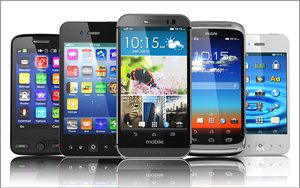 Is the smartphone market going to see growth stall in 2016?

Not according to the latest survey data from the UBS Evidence Lab. The data suggests stabilization in the medium-term for the smartphone market, with marginally improved replacement rates expected in the U.S. and China.

“Our central assumption is that emerging market demand should deliver modest unit growth and an aspirational upgrade market,” according to the reports. That said, “Our view remains that the smartphone market could decline if the upgrade cycle slows.”

UBS also found some stabilization in expected handset lifetimes -- having seen this increase in our prior survey -- as well as continued aspiration in the smartphone market.

For its findings, the UBS Evidence Lab surveyed 6,336 smartphone users across the U.S., U.K., Germany, mainland China and Japan.

The findings come at a critical time for Apple, which just failed to report quarterly growth for the first time in 13 years. Along with global economic headwinds, sagging iPhone sales were chiefly to blame.