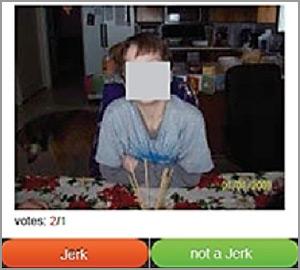 Siding with the Federal Trade Commission, an appellate court has upheld a finding that defunct site Jerk.com deceived Web users.

Jerk.com, which shuttered in 2014, scraped photos and other data from the profiles of more than 70 million Facebook users, and then publicly branded some of those people as “jerks.”

The company and its founder, John Fanning (who also co-founded Napster.com), misled users in several key ways, according to the FTC. Jerk.com duped people into believing they could publicly dispute information about themselves, and possibly remove negative reviews, by purchasing a $30 membership, the FTC said. Also, the site duped people into believing that the profiles -- which had been scraped -- were uploaded to Jerk.com by users, according to the agency.

Fanning appealed both of those findings to the 1st Circuit Court of Appeals.

This week, a three-judge panel of that court ruled against him. "Two FTC investigators paid the $30 membership fee and never received any communication from Jerk," the judges wrote. "The FTC received numerous complaints stating the same. Fanning adduces no evidence showing Jerk.com provided services to (or even communicated with) users who paid the membership fee."

The appellate court also found that company engaged in a deceptive practice by misleading consumers about the origin of the profiles on the site. "A consumer's belief that Jerk.com had many users or that an acquaintance made his or her profile page would influence that consumer's decision to use Jerk.com or purchase a membership," the judges wrote.

That portion of the ruling troubles some legal experts. "Social networking sites often are populated with content to encourage users to post," lawyer Venkat Balasubramani writes on the Technology & Marketing Law Blog. "Does this now mean that such sites have to have disclaimers letting users know that 100% of their profiles are not user-submitted?" he asks.

The 1st Circuit also upheld an FTC order prohibiting Fanning from making any misrepresentations about the source of content, and the benefits of joining a service. But the court vacated an order requiring Fanning to notify the agency about all of his business affiliations and employment for the next 10 years. The judges said that provision wasn't "reasonably related" to the deceptive conduct.