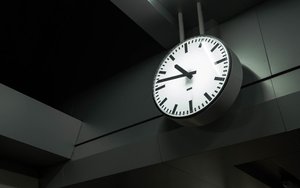 France is one step closer to becoming the first country to set a curfew for email, after a bill banning companies with 50 or more employees from sending emails after work hours recently passed the French lower parliament.

The bill’s next destination is the French Senate, and if passed, it will be sent back to the National Assembly to become law. It would require businesses to define the work hours in which email can or cannot be sent, and is intended to reduce workplace stress.

Studies point to email as a major headache for consumers, with reports correlating checking email with negative health consequences.

A 2014 research report by the University of British Columbia illustrated how reducing the frequency of checking email can reduce psychological stress.

A 2015 study by the London-based Future Work Centre advised consumers to turn off their phone’s automatic email notifications to reduce anxiety. A poll of 2,000 UK professionals, ranging in industry and occupation, correlated higher email pressure with increased stress that negatively impacted home life.

The study, however, also pinpointed a connection between perceived email “checking times,” such as early in the morning or late at night, and anxiety. Limiting email to specific times might actually increase stress, since consumers will feel added pressure when checking their email each morning at the start of the day.

“It would be inappropriate of us to instruct people to stop checking their email at a time that suits them,” states the study.

Instead of a one-size-fits-all solution, the Future Work Centre instead advised employees and organizations to be more self-aware of the way they are using email and to realize it is simply a communication channel, among others.