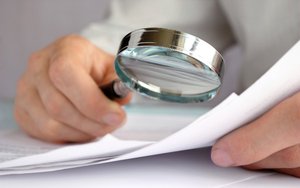 Search engine optimization professionals at some large companies have been waiting about six months to get their "highest priority technical changes" made, and more than 40% have been waiting for more than a year. Seems incredible, but true, according to data released Monday.

The findings come from a Distilled survey that was intended to identify what is holding up advancements at major companies. Some 26.3% of marketers say they have been waiting more than two years for their respective departments to make critical changes, and 15.8% have been waiting between one and two years.

Those of you feeling this pain are not alone and the common challenge isn't expected to dissipate any time soon, according to Will Critchlow. He explains in a blog post that the numbers come from only a couple of dozen people, but those people are responsible for billions of page views monthly.

Among participants in the survey, 31.6% do not expect to see the requested changes live for at least another six month, and another 31.6% say they expect it within six months to a year. Some 15.8% say they will never see the change, while 10.5% give it a year and another 10.5% say they should see the changes within weeks.

Some 53% say that marketing team priorities fall behind those of other teams -- the most common reason given for the inability to get their top-priority changes made.

About 37% say the change they want is not possible with the current platform, and 32% say every change has to pass through a long dev backlog

While 42.1% view the roadblock as a serious frustration, 26.3% say that the inability to make these changes stops their team from reaching their company objectives, 21.1% says it cramps the performance of the entire company and 10.5% don't think it's too bad.

Critchlow also offers up some advice such as improving in-house consulting and learning to make better business cases for the work required.