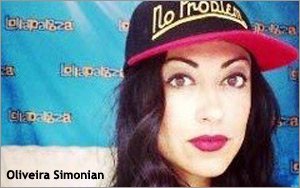 “She will be responsible for developing strategic partnerships and integrations with entertainment and media brands,” a Tumblr spokesman said on Thursday.

A veteran marketing executive, Simonian joins Tumblr from Nielsen Entertainment, where she served as VP of branded music.

Previously, Simonian served as the inaugural Head of Music at Twitter, where she developed best practices and global campaigns for artists and award shows and devising artist-based launch strategies for Twitter products.

Former roles also include digital marketing at Disney and Hot Topic, where she created multiplatform activation strategies for music, film and product-related initiatives.

Tumblr’s fortunes look highly uncertain — and not just because it is attached to the teetering ship that is Yahoo.

“A big factor is that Facebook, Instagram and Twitter are more successful at catering to mobile audiences,” eMarketer analyst Oscar Orozco noted in a recent report. The research firm suspected that Tumblr’s usership is already plateauing, and this 2016 mark its last year of double-digit growth.

Of course, it’s not the only social network with slowing user growth, but Tumblr is a fraction of the size of its rivals. Indeed, its reach among Web users is only 8.7% -- far below the 69.9% who use social networks in general, eMarketer noted.

Put another way, Tumblr will have 23.2 million domestic users this year -- less than half as many as Pinterest’s 54.6 million, and less than one-third as many as Instagram’s 89.4 million.

Worse yet, the gap between Tumblr and its competitors is only expected to widen through 2020.

Over the next four years, Tumblr is on track to add a measly 6.2 million users. By contrast, Instagram is set to add 26.9 million users, Facebook will add 14.6 million, and Pinterest will add 12 million.

It’s not for lack of trying.

“Tumblr is pushing for new ways of sharing content on its platform, including video, messaging and GIFs -- hoping to increase mobile engagement,” Orozco noted.

Despite these efforts, however, Tumblr’s woes are not helping Yahoo’s broader outlook. This year, eMarketer expects that Yahoo will capture 1.3% of total U.S. digital ad spending -- a slight decrease from last year.