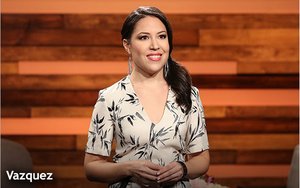 Vazquez, who previously hosted a 2015 programming block and holds a masters degree from NYU in film studies, won the TCM Ultimate Fan Contest in 2014.

She joins network stalwarts Ben Mankiewicz and Robert Osborne, whose current on-air absence has fueled speculation of his retirement, though TCM says he'll be back.