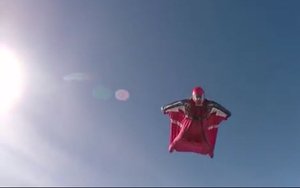 Mondelez International is launching a strategy that seeks to create branded and unbranded content “good enough to make money,” as well as to reach consumers empowered with ad skipping and blocking capabilities, in the words of Laura Henderson, the company’s global head of content and media monetization.

Mondelez announced that it will partner with media companies to create content, with the goal of getting up to 10% of the company's global media investments to break even or turn a profit by 2020.

That aligns with its ongoing strategy of focusing investment on the high-growth, high-margin Power Brands, which received 80% of  Mondelez’s marketing support last year, according to the company.

"As audiences become more empowered to control their viewing experience, the old model of interruptive advertising is rapidly becoming irrelevant," Henderson said in the announcement. The new approach will hold the company to a higher content standard, improve ROI and make media spending “more sustainable," she said.

"This is the future of how brands and advertisers will connect with consumers and drive real growth," and how brands will “help elevate the ecosystem” for all of their media partners, added Bonin Bough, Mondelez’s chief media and e-commerce officer.

One of the first initiatives, to support this summer’s launch of Stride Gum’s teen-targeted “Mad Intense” line, is a live event dubbed “Heaven Sent,” to air during primetime on Fox on July 30. Professional skydiver Luke Aikins will jump from a plane at 25,000 feet without a parachute, and “land safely on the ground.” Or so the plan goes. Mondelez is currently featuring a teaser video on its Twitter channel.

In another partnership, BuzzFeed will help Mondelez create branded-content capabilities and new content programs for its brands, as well as continue successful integrations such as food and recipe content on platforms like Tasty, the company reports.

In addition, Mondelez is developing a suite of branded games that it hopes will be commercially viable. The first one, from the Sour Patch Kids brand, will launch later in 2016, with others to come over the next 18 months, the company reports.

The games venture was inspired by the success of Oreo’s “Twist Lick Dunk” game. That game has been downloaded some 7 million times and has generated more than twice its development costs in revenue from ads and in-app purchases, Henderson told Reuters.