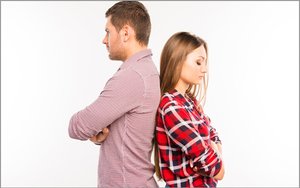 While Facebook may be every marketer’s favorite social-media platform, they might be missing half their audience. A new study suggests men and women speak different languages as soon as they start scrolling through their newsfeeds, and that the differences are predictable enough that an algorithm could determine a user’s sex accurately 90% of the time.

The research, from Stony Brook University in New York, asked 65,000 Facebook users to participate, and analyzed 10 million messages. The experts found that women are more apt to use warmer and more agreeable language, while men are angrier and more argumentative. (We know. You’re shocked by this.)

And while researchers concede that finding was predictable, they were surprised that online, women tend to be every bit as assertive as men. “Certainly, the traditional idea that men are more assertive didn't come to bear in our large Facebook dataset,” says H. Andrew Schwartz, Ph.D., a co-author and assistant professor of computer science at Stony Brook. (The researchers measured assertiveness using a standard personality questionnaire, then analyzing gender-linked language.)

Among the topics and word clusters women use most: Wonderful, happy, birthday, daughter, baby, excited, and thankful. And they are more likely to share about their friends, families and social lives, and are more apt to sound compassionate and polite.

Men, on the other hand, are more apt to be bellicose, peppering their posts with words like freedom, liberty, win, lose, battle and enemy. Men’s language was typically less personal and more hostile.

While this study was confined to Facebook, Schwartz tells Marketing Daily that previous research across multiple platforms shows that “results from Facebook mostly replicate elsewhere. For example, models predicting gender, which achieve 92% accuracy on Facebook, achieve about 87% accuracy on Twitter. This means you'd probably find the same general trends but perhaps small differences,” he says. For instance, woman use more affiliative language on Facebook and he expects that would be true elsewhere. “But the fact that they used slightly more assertive language might not replicate on Twitter,” he says.

What it means for marketers, he says, is that while some gender differences follow stereotypes, “be careful not to assume any given woman or man will follow the average patterns,” he says. “There are definite gender differences in language use, but that's only one factor that distinguishes people.”