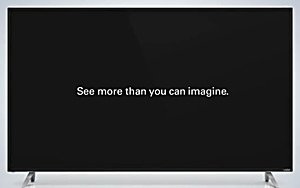 The consumer electronics industry has done a good job of making consumers aware of ultra-HD 4K televisions, although they are a relatively new technology.

According to The NPD Group, more than half of consumers (52%) are aware of the televisions, with men showing more awareness than women. Awareness is also significantly higher (72%) among those who already own an Internet-connected television.

As of April 2016, more than six million 4K TV sets have been sold, and only about 8% of consumers say they have used a 4K TV. (The Consumer Technology Association earlier this year projected sales of 4K sets would jump jumping 65% to $10 billion in 2016.) What will push the adoption will be the availability of content, Buffone says. “From a content point of view, things are still ramping up,” he says.

About one-third of consumers are aware of 4K streaming services, with higher awareness among Millennials. “Demand for 4K video is only beginning to proliferate,” Buffone says. “Streaming video providers have been leading the market in terms of delivering 4K UHD content, and we expect them to continue to increase their programming array to satisfy growing consumer demand.”