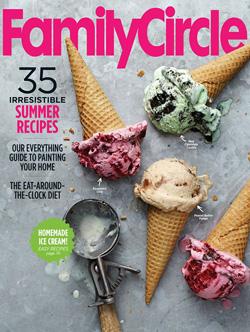 Food and family magazine Family Circle has expanded their partnership with Fox’s competitive cooking show, “MasterChef,” for the second season in a row.

Family Circle and “MasterChef” have launched a new consumer sweepstakes called “Sail Away with MasterChef.” Now through August 2016, the magazine's readers can enter the sweepstakes to win a trip on the MasterChef Cruise for a weeklong sail in the Caribbean this November.

As a partner for MasterChef’s” season seven, Family Circle will also be featured on the show and participate in the “Healthy Family Dinners” challenge airing July 20.

To promote the sweepstakes, Family Circle and “MasterChef” will team on a number of in-book, online and on-air content, in addition to a call-to-action on social media, culminating in the show’s “Healthy Family Dinners” episode.

The challenge winner and recipe will also be featured in the September 2016 issue of the magazine.

“Healthy family dinners are offered in every issue,” stated Linda Fears, vice president and editor-in-chief of Family Circle. “Our continued partnership with ‘MasterChef’ this season allows us to bring the concept of innovative, nutritious and delicious family-style cooking to life and strengthen its meaning for our readers.”

Lee Slattery, vice president and publisher of Family Circle, stated that collaborating with “MasterChef” for a second consecutive year is an opportunity for the magazine to tap into a new audience of “food lowers and home cooks.”

“Our loyal readers are passionate about every touch point of food and cooking,” she added.

Family Circle first began this partnership with “MasterChef” in May 2015 for season six, when the magazine and the TV series launched “The MasterChef Experience” sweepstakes and was featured on the show.