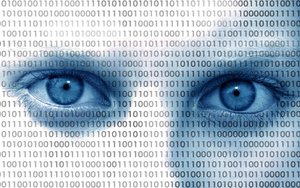 Google late Thursday reminded marketers that it has created a toolkit to help them understand how data can fit into the creative process. The guidelines are intended for programmatic advertising, which the company says accounts for 67% of all digital display ad sales, but the tips also apply to search, video and other media.

How many times have you heard that number, along with the one that touts the increase in mobile budgets? I could recite it in my sleep: more than 50% of digital media budgets now go to mobile campaigns. The numbers are being shoved down marketers' throats until they cough up more cash.

Still, it's important to understand the data signals. Google DoubleClick put together a white paper to explain the details. Marketers can find it here.

Perhaps marketers still don't get it. While most -- if not all -- know that for a campaign to work well it takes collaboration from brands, as well as creative, production and media agencies, some don't understand how to best use data and are still skeptical on using aggregate signals from consumer interactions and devices. And rightfully so.

More than half of U.S. mobile users are worried about brands indiscreetly tuning in to determine when and how often they use their products. Smartphones, TVs and alcohol raised the most concern about potential tracking, according to research Mindshare and GroupM, cites eMarketer. The two companies surveyed U.S. mobile phone users about privacy issues who had made a digital purchase in the past month.

Some 54% of survey respondents admit to being worried about companies knowing how, when and how often they use their mobile phones. More than two-fifths say they worry about businesses gaining intelligence from their TV, alcohol and food usage habits.

Among the 57% who were concerned about companies knowing when they’re using products, 59% said it was because privacy was a fundamental principle. About 54% also cited general creepiness, and 49% assume the business will use the data to make another sale.

Yes, another sale, but more likely to use the data to redesign or change products. That's Apple's plan, anyway. Earlier this week news emerged that when Apple releases its update to iOS for iPhone and iPad in fall 2016, it will begin using a technology it calls "differential privacy" to gain insight into user behavior.

The Wall Street Journalreports that it will allow the company's engineers to "spot patterns on how multiple users are using their devices" and keep up with rivals without violating an individual's privacy.