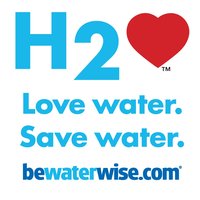 Building off of Metropolitan’s “Take A Turn” advertising and outreach campaign from last year, H2Love asks every Southern Californian to not just conserve water, but to also become a water lover. The campaign will direct readers and listeners to Metropolitan’s bewaterwise.com Web site for tips and videos on how to save water across their homes, businesses, yards and communities.

H2Love will also use digital and social media — with #H2Love and #H2♥ — both in and outside the team’s home stadium, the StubHub Center in Carson, California, in addition to an on-site display booth during select home games through the rest of the season to promote its water-saving message.

In addition to promoting the new H2Love campaign,  the LA Galaxy also helps support the statewide water-saving efforts by using reclaimed water across all its soccer fields and plants at StubHub Center. The venue also makes use of xeriscape landscaping around the entire stadium to limit water usage.