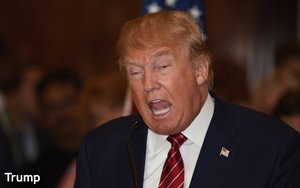 Donald Trump welcomed three new staffers to his presidential campaign on Tuesday, but failed to hire an email marketing expert to revitalize his floundering email efforts.

“As we continue to work to defeat Hillary Clinton this November, I am constantly building a superior political team,” Trump said in a statement to Politico. “After winning the most votes in the history of a Republican primary contest, we are taking our messages to the people so that we can make America great again.”

Bombastic declarations aside, a superior political team cannot be built without the aid of email marketing experts and strategists.

Email is a vital marketing channel, and its presence was a huge boon to President Barack Obama’s re-election campaign in 2012 - raising a reported half a billion dollars.

Clinton has modeled her email strategy on that of the 44th President of the United States, and is now beating Trump in all email metrics, according to new data from Return Path, a data and email solutions provider.

Clinton’s email subscriber list is almost eight times larger than her Republican adversary, which indicates that Trump has a lot of catch-up work to do if he ever hopes to be competitive with online fundraising.

Furthermore, Trump’s email marketing is crippled by spam. Almost 60% of his first fund-raising email, which Trump claims raised $3 million, was sent to the spam folder.

Trump's declarations are suspect at best, especially considering that Obama’s most successful email campaign in 2012 raised just $2.6 million -- and at the time, the President’s email list was almost five times the size of Trump’s.

Of the emails that did reach the inbox, 12% of Trump supporters opened the email, while 6% deleted it without reading it and 5% deleted it after opening it.

“The basic tenets of email marketing success are true whether you're running a retail campaign or a presidential campaign,” says Tom Sather, senior director of research at Return Path. “Your most important asset is your email list, but even the largest list is worthless if you aren't reaching the inbox with the right message at the right time.”

Perhaps email marketers should get their resumes in order.