CBS Firms Up Plans To Spin Off Radio Division 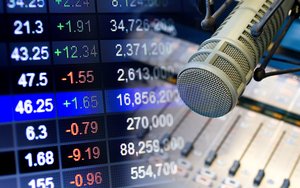 CBS plans to file an IPO of shares of common stock for its radio unit, the company said on Wednesday. CBS Radio operates 117 radio stations in 26 markets, including New York and Los Angeles.

Bloomberg estimates that CBS Radio could be worth $2.9 billion. CBS Radio says it reaches 70 million U.S. listeners a week.

Back in March, Leslie Moonves, chairman/CEO of CBS Corp., said the company was exploring a sale or spinoff of the radio business.

CBS Radio revenues were down around 6% the entire year for 2015, with one report suggesting the network pulled in around $1.2 billion in revenue for 2015, which has remained virtually the same for the last few years.

For the fourth quarter of 2015, CBS took $454 million charge to reflect the declining "fair value" of the radio FCC licenses. Advertising dollars have continued to shift away from traditional media to digital.

CBS Radio is the third-largest radio group in the United States.