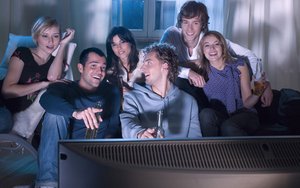 National TV advertising sales upfront deals look to rise, on average, by 10% in the cost per thousand viewers with total dollar volume growing mid-single-digit percentages -- the first time there has been overall growth in three years.

Though the upfront process has yet to be completed, media consulting company Media Dynamics says national TV networks are looking at a 4.5% rise, or $800 million, to land at $18.61 billion -- $9.86 billion for cable networks and $8.75 billion for the broadcast networks.

It is the first time the upfront TV market has seen a gain in dollars since the 2013-2014 upfront selling period.

CPMs, the cost per thousand viewers, has climbed around 10% so far, according to Media Dynamics estimates -- to an broadcast network average of $47 for prime time adult 18-49 viewers, compared to $43 for the current season.

Much of traditional TV networks rise in upfront dollars this year has to do with advertisers concerns over digital media in terms of “visibility” of commercials -- including ad blocking technology. Ed Papazian, president of Media Dynamics, says this has slowed some digital media buying.