Vevo Has A New Logo, And Some New Faces 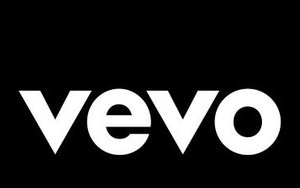 Music never seems to get the support it needs online, or a lot of other places so the fact that Vevo has done as well as it has for as long as it has is a reward in itself.

Yesterday, Vevo began to up its game.

It's updating the logo and probably more significantly for viewers, adding three new personalities (hey, don’t call them them VJs). The company is also adding a passel of personalization projects, like user profiles and a pretty interesting curation idea.

Still to come, it’s been pretty well fleshed out at Vevo headquarters, is a pay service. That’s the grand plan talked about by CEO Erik Huggers since he got to Vevo last spring.

Vevo is introducing three new faces who will show up with artists in short videos and otherwise spread their vibe. New Is Drewski, famous from New York’s Hot 97; Lizzy Plapinger, founder and co-owner of a record label and lead vocalist in alt-pop duo MS MR, and; Julz Goddard, known as YesJulz, a Snapchat personality and Miami semi-icon.

It isn’t easy being a music video site. Ears are starting to out-perform eyes by some accounts.

That sounds like a trend going in the wrong direction, from Vevo’s point of view. The data also note audio streaming of all sorts doubled in the last year, while video streaming went up only 23%.

Also just a couple days ago, YouTube defended its attempts to curb music piracy by noting that when music companies find purloined material on YouTube, they leave it there to generate ad dollars rather than take it down, the way you might suppose a copyright-infringed party would normally choose to do.

YouTube said it’s paid over $2 billion to music labels that way in the last year, “takedown” notices be damned. Sony and Universal’s music arms are part owners of Vevo, by the way.

Inevitably, those unauthorized videos compete with Vevo-backed videos on YouTube, which just adds to the glut. Vevo seems to be to be at once smart by sprucing up its own brand image and risky because cut-rate competitors seem to abound.

Nonetheless, Vevo does seem to be the prime name for music video watching online. Making it better could make Vevo a lot better.