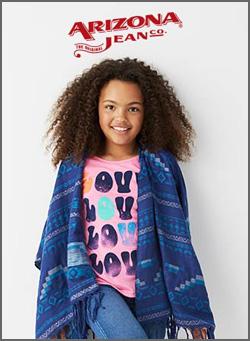 Major retailers, teeing up against the looming back-to-school season, are looking to add their own branded twist for shoppers. Kohl’s and JCPenney just unveiled marketing plans centered on bargains, deals and worthy causes. And Macy’s is hoping to work fashion trends, focusing on playful 1990s-era throwbacks.

Kohl’s just announced its marketing campaign, themed “The School Year Starts Here,” is meant to celebrate “the incredible feeling kids have when they put on outfits they love, giving them the confidence they need to succeed in school.” It says broadcast integrations, including The Today Show, Telemundo and Univision, will help kids put together the perfect first-day outfit. And a social media campaign, with the hashtag #BigPlans, is designed to start aspirational conversations about the school year.

The Menomonee Falls, Wis.-based store says it plans to donate at least $250,000 and up to $1 million to AdoptAClassroom.org, with shoppers boosting the contribution by sharing first-day-of-school snaps with a #KohlsClassroomDonation hashtag, triggering a $5 gift.

JCPenney also just tipped its hand about back-to-school, and says it will kick it all off July 24 with the theme “So You. So Worth It.” With a redesigned shopping app and expanded ship-to-store options, “our marketing campaign and promotions will be aimed squarely at the modern American mom, who will be planning multiple shopping trips to take advantage of great savings, must-have styles and convenient digital experiences that make JCPenney worth shopping the entire back-to-school season,” says Mary Beth West, chief customer and marketing officer for JCPenney, in its announcement.

But it’s preceding the back-to-school launch with an intense pre-promotion, called “Power Penney Days,” with many items priced at $3, $5, $7 and $9, and many “Buy one, get one for a penny” deals. Then in the days just before launch, it plans to hand out envelopes full of coupons to shoppers, offering $10 off purchases. And haircuts in the salon are priced at $10.

Macy’s is hoping to get shoppers to channel their inner Back Street Boys or Janet Jackson with plenty of ’90s throwbacks, right down to grunge plaid, distressed denim, overalls and chukka boots. And it’s celebrating with in-store events throughout August, including styling tips, photo booths, beauty makeovers DJs.