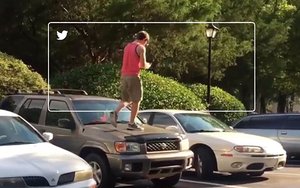 Once again trying to clarify its purpose to average users, Twitter is rolling out a fresh marketing push, this week.

“Those who use Twitter do so because they know exactly what Twitter is for and why it’s important in their lives,” Leslie Berland, Twitter’s CMO, notes in a new blog post.

Among the many people that don’t use the network, “most didn’t know or simply misunderstood what Twitter was for,” according to Berland. “Many thought of Twitter primarily as a social network, a place to find and connect with friends and family members.”

“Second, they thought if they wanted to use Twitter, they were ‘supposed to Tweet every day’ and didn’t think they would have that much to say,” Berland added. “We realized we had some explaining and clarifying to do.”

Berland was referring to consumer research Twitter has conducted in recent months.

Berland and her team plan on clearing up all this confusion with a new marketing push, which will draw attention to “what’s happened on Twitter.” In other words, the social giant will attempt to show people that its platform is a great way to keep up with current events.

The push will also feature a new look and feel that is meant to reflect “the people around the world who make Twitter what it is,” according to Berland.