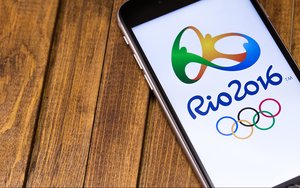 It has only been four years since the last Olympics, but consumer expectations have evolved drastically in that time.

Mobile devices will be the primary screen for many viewers this year, according to a survey of 456 individuals by Phunware, a multiscreen service and software company.

Most of it boils down to choice — consumers want to choose which events to watch, and since Rio is in the same time zone as the U.S., they want live coverage as well.

In addition, 86% of consumers prefer live coverage, with three out of four consumers saying they were bothered by the lack of live event coverage during past Olympics, while 61% said the events are much less compelling/exciting to watch when they’re not live. More than half said they disliked encountering spoilers on social media as well.

Some 75% of respondents said they want to be able to choose which events to watch, and 63% said they want the ability to watch any event live, not just the most popular.

The Olympics is a celebration of the athletic talent that every country has to offer (though some have tended to turn it into a bit of a nationalistic exhibition). Of those surveyed, 43% said they want to see athletes from other countries, and 32% said they want to be exposed to new sports.

Offering modular DIY Olympic coverage that can easily be streamed from a mobile device appears to be what consumers want, and advertisers have to be aware that many eyeballs will be pulled from prime time this year.