Vermont To Pursue GMO Fight In Regulatory, Not Legal, Arena 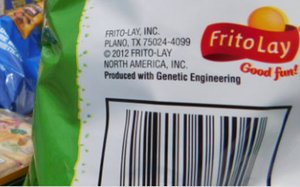 While most mainstream food makers and food retailers are celebrating the passage of S.764, the new federal labeling law that will govern how consumers are informed about genetically modified organisms in food and beverages, those who fought for clear, immediate on-package GMO disclosures aren’t totally throwing in the towel.

The new law, passed by Congress on July 14 and signed into law by President Obama on July 29, will require that most food and beverage packages carry a text message or symbol on their packages, or a QR code that would take consumers to online information about a product’s GMO ingredients.

It also gives the U.S. Department of Agriculture two years to draft regulations to implement the labeling standard.

The QR code option, in particular, has been criticized by consumer groups that supported straightforward, on-packaging labeling such as required in the Vermont law that went into effect on July 1, but has now been superseded by the federal law -- which opponents dubbed the DARK Act, for “Denying Americans the Right to Know.”

Opponents say the code option discriminates against those who can’t afford smartphones or Internet connections to read them, and that consumers who aren’t already active, knowledgeable organic or non-GMO food buyers aren’t likely to take the trouble to scan codes to see GMO disclosures.

The Grocery Manufacturers Association, whose members spent millions to defeat state GMO labeling laws and get the federal law passed, argued that those without phones or not among the 300 million U.S. residents with an Internet connection could use scanners now provided at many grocery checkouts. GMA also argued that its new on-package “SmartLabel” format, which includes QR codes, enables companies to offer not only GMO disclosures, but other detailed information about products (including non-consumable CPGs).

Yesterday, Vermont Attorney General William H. Sorrell formally announced that the state will no longer enforce its month-old GMO labeling act, which was the first in the nation to be passed and actually enacted. He indicated no plans to pursue legal challenges of the new federal law.

He said that while “it is unfortunate that corporate interests were ultimately able to water down Vermont’s clear disclosure standard through the passage of this federal law,” his office “intends to take an active role as the labeling fight shifts from the legislative process in Congress to the regulatory process at the USDA” and “work hard to give consumers the same access to information, in plain English, that they had under Vermont’s law.”

Meanwhile, the Organic Consumers Association (OCA), a consumer advocacy leader in supporting Vermont’s and other states’ GMO labeling efforts, has renewed its push to get consumers to boycott GMA member food and beverage companies that underwrote the lobbying fighting state laws and supporting the federal law.

In particular, OCA’S boycott effort -- first launched in 2012, during the unsuccessful fight to get California’s GMO labeling regulation (Proposition 37) passed -- targets what it calls “Traitor Brands.” Those are organic and natural brands that are owned by big food companies, including PepsiCo, General Mills, Kraft, Smucker, Kellogg and many more.

The boycott has been signed by nearly 500,000 consumers since 2012, and the organization is now using email and press outreach to drive more signatures.

OCA also called on its supporters “to withdraw their political support from every member of Congress who voted against consumers’ right to know if their food has been genetically engineered, and to support the Monsanto Tribunal, a citizens’ tribunal which will be held October 15-16 in The Hague, Netherlands.”

The anti-Monsanto event has been organized by a number of international organizations, and OCA’s executive director, Ronnie Cummins, is on the organizing committee, according to OCA spokesperson Katherine Paul.

Paul reports that while OCA does not have paid members, it has members in the form of more than 600,000 U.S. residents on its opt-in email list, and more than 2 million U.S. residents who “like” its OCA and “Millions Against Monsanto” Facebook pages.

While it’s been reported that some consumer advocacy organizations that oppose the new federal law will challenge it in court, Paul says that without a legal challenge by Vermont, such efforts would have almost no chance of success.