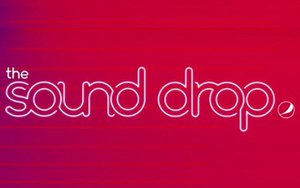 Pepsi, in partnership with iHeartMedia, shazam and MTV, is launching a music platform featuring emerging artists, called The Sound Drop.

During this weekend's MTV Video Music Awards, Lukas Graham, Alessia Cara and Jidenna will make appearances and become the first artists to be on the platform, Pepsi announced.

The Sound Drop will promote artists to millions of consumers across the country through iHeartMedia’s platforms.

Shazam will also drive awareness with artist discovery and introduction. Viacom Velocity, the internal creative and integrated marketing agency for Viacom and MTV, will create and help distribute content that tells each artist's “inspirational story,” according to Pepsi.

Pepsi will also use influencer networks and social media platforms to drive buzz.

All of the on-air, mobile and social amplification efforts will direct music lovers to the content offering more information about individual artists.

The goal is to launch a new artist with corresponding content about 10 times during the calendar year.

Artists featured on the platform will also perform this fall at Kola House, a 5,000-square-foot restaurant and lounge that Pepsi is opening in New York City’s Meatpacking district.

Pepsi executives toldThe New York Times that the venue won’t be jammed with Pepsi logos or do a hard sell of the brand; rather, the idea is to offer patrons a “premium experience” centered on the kola nut.

“Essentially, Pepsi is trying to market its product without marketing its product,” and is hoping that “visitors — particularly influential ones — will talk about Kola House on Facebook and Twitter and post pictures on Instagram,” wrote the Times.