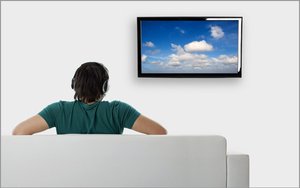 This was the result when responding to the question: “How many channels do you typically watch, on average?”

The number of those who “feel overwhelmed” by the amount of channel options is slightly growing -- now 32.3% from 28% three years ago.

At the time, the survey noted a slight decline in respondents who were interested in so-called “skinny bundles” -- down 3% from a 76.8% interest level versus a year ago.

When it comes to cord-cutting, the survey says results have stabilized -- some: 7.2% of pay TV subscribers plan to cut services altogether, up from the 7% in the first quarter and higher than the 4.5% in the second quarter 2015.

Over 50% plan to stay with their current pay TV provider -- slightly lower than the 53.4% in the second quarter a year ago. Over 8% of pay TV subscribers switched providers in the last three months.

The survey was done in the second quarter, interviewing 3,114 viewers in the U.S. and Canada. Digitalsmiths offers content discovery/search services for TV-video providers.