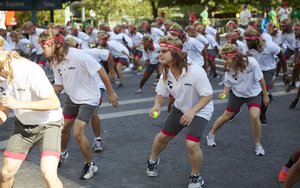 Lavazza is kicking off a new global brand representative agreement with tennis legend Andre Agassi during the U.S. Open, with a campaign dubbed “I’m Back.”

The partnership positions Agassi, an avowed “lifelong coffee lover,” as Lavazza's spokesperson within the world of tennis.

The 120-year-old, Turin, Italy-based company has been an active tennis supporter for years. Last year, it became the sole food/beverage brand to partner with all four Grand Slams around the world (the U.S. Open, Australian Open, England’s Wimbledon and Paris’s Roland Garros).

"We began communicating the company's passion for tennis over six years ago at Wimbledon, and tournaments quickly became one of our core strategic platforms from which to communicate our heritage, values and products,” summed up vice chairman Marco Lavazza. Investing in the sport makes strategic sense because Lavazza’s target customer profile “fits perfectly with that of a tennis fan,” and the presence at the Grand Slams and key regional tournaments provides a product showcase in countries that are important for the brand, he added.

The concept behind the “I’m Back” campaign is that Agassi, after retiring from tennis 10 years ago, is back at the U.S. Open in order to “give back.”

For every cup of Lavazza coffee ($3) purchased at the Open at Lavazza’s two branded cafés this year, $1 will be donated to the U.S. Tennis Association to support the Andre Agassi Foundation, which benefits education efforts for under-served youth. A specially-developed "I'm Back" frappe drink, and special edition glasses, are among the items on sale at the cafés.

To create advance buzz, Lavazza posted a series of teasers on social media, and took out-of-home ads in key locations in New York City. The OOH ads feature a silhouette of Agassi's mullet-haired 1980s look, with a neon-pink headband.

On the morning of Aug. 30, the second day of the Open, Agassi and Marco and Francesca Lavazza held a breakfast for press and influencers, with Agassi in attendance, at the NoMo Hotel.

Also that morning, the brand staged a flash mob in Union Square comprising 150 “clones” of Agassi — again, as he looked in the 1980's (above). They were then sent off to run around the city and interact with tennis fans in town for the Open, helping to create anticipation for an evening event at the tournament’s venue, Arthur Ashe Stadium.

The “clones” also put on a performance between the first and second matches that evening.

The evening event also had Agassi presenting the campaign’s video/spot (below) — viewable on Jumbotrons around the stadium — and announcing the tournament’s coffee-sales fund-raising promotion benefiting his foundation. After waving to the crowd from the Lavazza suite, he stayed on to take selfies with fans and sign autographs.
In addition to YouTube (where it drew about 752,000 views within two days of its posting), the video ad is also featured on a campaign site.