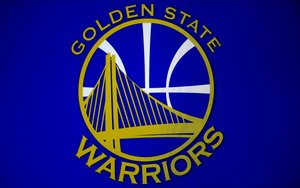 LaTisha Satchell alleges in a complaint filed this week that the app turns on people's microphones, and then records conversations and other audio whenever it's running, even if people aren't actively using it. She says the companies are violating the federal wiretapping law by intercepting her private conversations without consent.

"By design, the App listens when it is running in the background, such as when a consumer uses the App but then presses the home button, switches to another app, or shuts off the smartphone’s screen," Satchell alleges in her complaint, filed federal in court in San Francisco. "Unfortunately for consumers, defendants never inform them that their smartphones are being turned into listening devices nor do they ever seek consent," she adds.

Among other features, the app sends offers to fans when they pass concession stands, and notifies users about the possibility of seat upgrades in Oracle Arena -- the team's home stadium in Oakland, California. In order to accomplish this, the app tracks users' physical locations via beacons, which transmit out audio signals that are picked up by phones' microphones, according to the complaint.

"A forensic accounting of the App reveals exactly how the App operates and uncovers defendants' ability to remotely eavesdrop on consumers' lives," the lawsuit alleges.

Satchell, who says she downloaded the app in April and used it until July, alleges that the app overheard her private conversations.

She acknowledges in the complaint that the app asks people for permission to access their devices' microphones, but says users aren't given enough information to understand the reason for the request.

Lauren Cooley, chief operating office of Signal360, says the complaint reflects a misunderstanding of the company's technology. "Our technology does not intercept, store, transmit, or otherwise use any oral content for marketing purposes or for any other purpose," she says in an email to MediaPost.