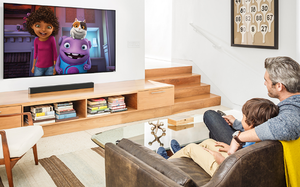 Smart TV manufacturer Vizio is asking a federal judge to dismiss a lawsuit alleging that the company violated a federal video privacy law by sharing information about consumers with ad tech companies and data brokers.

Vizio, which recently agreed to be acquired for $2 billion by Chinese tech company LeEco, argues in new court papers that the federal video privacy law only applies to providers of video services, and not device manufacturers like itself.

The lawsuit against Vizio centers on allegations that the company tracks TV viewers by default, and then shares data with companies that send targeted ads to people's phones, tablets and other devices. The first video privacy lawsuit against the company was filed last November, less than one week after ProPublica published a report about the company. Since then, other consumers filed several similar lawsuits.

The matters have been consolidated and are now pending in front of U.S. District Court Judge Josephine Staton in Santa Ana, California. Some of the earlier versions of the lawsuits included allegations against ad agencies and ad tech companies, including the WPP Group, Interpublic, Tapad, Inc. Xaxis, TubeMogul, Visible World and others. But those companies aren't named as defendants in the complaint currently pending in front of Staton.

Congress passed the Video Privacy Protection Act in 1988, after a newspaper in Washington, D.C. obtained and printed the video rental records of Supreme Court nominee Judge Robert Bork. The law's restrictions apply to providers of videotapes or "similar audiovisual material."

Vizio argues that the law doesn't cover consumer electronics manufacturers. The company says it isn't "akin to the video rental store that Congress targeted," but is instead "like a building that leases space to several video rental stores."

The manufacturer adds that companies treated by judges as “video tape service providers” in other lawsuits have "either rented, sold, or delivered video content to users, either in a physical store or in an analogous online format."

The consumers allege in their complaint that Vizio is covered by the privacy law because it "facilitates the sale and rental of videos to consumers through its Internet connected Smart TVs."

Vizio also says the lawsuit should be dismissed on the grounds that the consumers who brought the cases weren't injured, and therefore can't proceed in federal court. In addition, the company argues that it isn't alleged to have disclosed "personally identifiable information."

But other judges have dismissed lawsuits against video distributors that allegedly transmitted "anonymous" information to outside companies. In one recent dispute, a judge in Seattle dismissed a lawsuit by Roku user Chad Eichenberger, who accused ESPN of transmitting his Roku's serial number, combined with data about videos watched, to Adobe. Eichenberger has appealed that matter to the 9th Circuit Court of Appeals, where the case is pending.