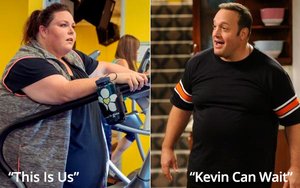 Two networks are claiming victory in Week One of the new fall season.

This is confusing to a TV columnist, if not to others. They can’t both be right, can they?

The press releases came yesterday, on Tuesday -- the day each week when a full prime-time ratings report gets released by Nielsen covering the week before. Among other things, it gives you a ranking of every show that aired on broadcast TV in prime-time last week (according to total audience), along with demo ratings and such.

Concurrent with the issuing of this weekly rundown of prime-time results from the week before come news releases issued by the networks with their own interpretations of the numbers.

I have been on the receiving end of these every week for years. Long ago, I learned to ignore these spin releases and go straight to the charts they attach to these emails that contain the raw numbers. I then base my news stories on the numbers.

But the spin is nevertheless fascinating, especially on those occasions when press releases come from two networks each declaring the same victory.

Yesterday, the headline on a press release from CBS said this: “CBS wins premiere week in viewers, adults 18-49 and adults 25-54.”

The headline on a press release from NBC said this: “NBC wins premiere week in adult 18-49 viewers with the week’s #1 show, #1 drama premiere and #1 comedy debut.”

So both networks are claiming a victory in 18-49 viewers, for starters. They also clash over which one of them had premiere week’s No. 1 new comedy and new drama. NBC made this claim in the headline above. CBS made it in subsequent subheads: “ ‘Kevin Can Wait’ is the #1 new comedy” and “ ‘Bull’ and ‘MacGyver’ are the #1 and #2 new dramas.”

How can this be? If I understand their press releases, these claims are being made based on different criteria.

But down in the body of its press release, NBC admits that the 2.6 rating in 18-49 viewers for “The Good Place” actually tied “Kevin Can Wait,” and the total audience for Episode One of “The Good Place” was 9.1 million viewers.

As for the drama claims, CBS says the total audiences for “Bull” (15.56 million) and “MacGyver” (10.73 million) made them Nos. 1 and 2, respectively, last week. NBC is saying “This Is Us” was the week’s top new-drama premiere based on some of the same figuring that went into its claims about “The Good Place” -- mainly, L+3 numbers that elevated “This Is Us” to the No. 1 spot in 18-49s (but not in total audience).

One reason these press releases are so different is because NBC habitually emphasizes its 18-49 results, while CBS puts the focus on total audiences. There are some who argue that the emphasis on the demo results makes more sense because those numbers are what ad sales are based on primarily.

On the other hand, a total audience number is useful for the scorekeeping that is done everywhere else such as the consumer press where readers don’t understand the concept of demos but do understand numbers that tell them how many people watched. Whatever the case, TV networks tend to gravitate toward the data sets that make them look best.

Then there’s the NFL issue. Sunday night’s football game on NBC (won by the Eagles) was premiere week’s No. 1 “show” -- the one NBC referred to in its press release headline on Tuesday.

But NBC’s competitors have long complained about NBC including the numbers for “NFL Sunday Night Football” when it calculates a viewership average for its prime-time shows every week during football season. They say including football isn’t fair because it’s not really a “show.”

And they will go on complaining about it right up until the moment they do it too.