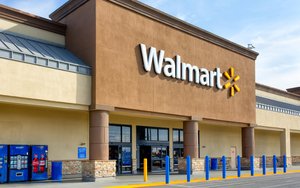 Walmart has consolidated its $900 million U.S. media assignment with Minneapolis-based Haworth Marketing + Media, according to sources.

The two firms had been in talks since April, shortly after the agency relinquished the Target account, which was taken over by GroupM (which acquired a 49% stake in Haworth two years ago).

In June, GroupM announced the formation of a Target-dedicated agency called Team Arrow Partners to handle the Target business out of Minneapolis.

It wasn’t immediately clear whether Walmart conducted a formal review or talked informally to other agencies about its U.S. media assignment. It did confirm in April its ongoing talks with Haworth, stating: “We have had conversations with Haworth Marketing and Media. They are a great agency with unique capabilities that could be an interesting partner in the future.”

The Walmart-Haworth talks began after the big-box retailer confirmed that it was parting ways with MediaVest, part of Publicis Groupe, its North American media agency of record for nine years.

Haworth declined to comment on its selection by Walmart, and the big-box giant did not return a query about the selection.