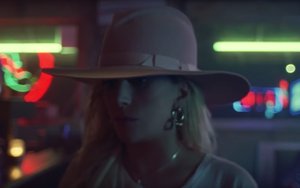 The partnership is based on a “Bud Light x Lady Gaga Dive Bar Tour.” The pop superstar will do a few performances in small venues in New York City and elsewhere, tied to exclusive Bud Light social media events and TV spots.

The tour will kick off on Oct. 5 (10 pm EST), in an undisclosed location. Lady Gaga will perform the hit single “Perfect Illusion” and, for the first time, the single “Million Reasons.” The show will be live-streamed on Bud Light's Facebook page and viewable there exclusively on Oct. 5 and 6.

Bud Light will announce the specifics for two more “dive” performances on Oct. 20 and 27 on its social media channels.

MillerCoors’ Miller Lite, which has about a quarter of Bud Light’s retail sales share, has recently been running an ad that takes Bud Light on directly.

The “We Ask” spot declares: “Bud Light says, ‘Raise one for right now.’ So why not raise the right one? Miller Lite has more taste and half the carbs. Miller Lite. Spelled different because it’s brewed different.”