CBS, Viacom Merger Would Be Difficult In Streaming Age 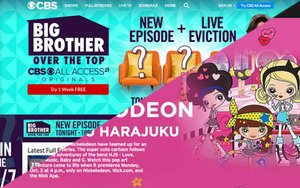 A CBS and Viacom merger would be a difficult combination.

One media analyst says putting together CBS and Viacom would be tough -- for the company and for investors -- because the marketplace has changed dramatically since they were part of the same company.

“Unless CBS has a time machine, there is nothing they can do to get kids and teens to go back to watching scheduled, ad-supported linear TV,” writes Todd Juenger, senior analyst of Bernstein Research.

CBS and Viacom had been part of the same company, majority owned by National Amusements. The two businesses were spun off as separately traded companies in 2005.

“Even if CBS succeeds in revitalizing the Viacom brands in an on-demand world (very difficult), the resulting economics (and value) are vastly inferior to Viacom's old business model,” he adds.

Controlling shareholder of both companies, National Amusements has asked both entities to consider a possible merger.

Bernstein notes: “To have even a fighting chance at this being attractive for CBS shareholders, we believe CBS would need to take a ruthless clean-sheet approach. Tack the handful of surviving Viacom cable networks and studio onto the CBS organization, then see what additional resources are required to be added back.”