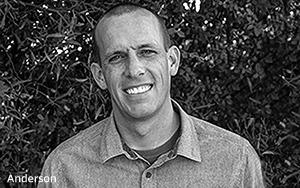 Duncan Milner, who has served as Chief Creative Officer for TBWA\Media Arts Lab, will move into a new role as a Global Creative President, working on domestic and international accounts, as well as an ongoing role leading MAL\FOR GOOD, the collective’s purpose-driven marketing arm, globally.

The agency said that Anderson’s new role is a “testament to his creative output and leadership during his tenure with the agency.”  In 2016, his work led to TBWA\Chiat\Day Los Angeles’s most successful Cannes performance in six years, with 10 Lions and 31 shortlists awarded in June across a wide array of categories including Mobile, Cyber, Innovation, PR, Outdoor and Film Craft. Among the winning work were initiatives for clients Airbnb, Gatorade, Nissan and The Grammys.

Anderson also created the Gatorade Replay campaign, the most awarded campaign in Cannes 2010, which took home two Grand Prix and six Gold Lions at the festival. His work has been recognized in every major industry award show, and has been nominated for three Emmy awards.

The brainchild of Media Arts Lab Chairman Lee Clow,  MAL\FOR GOOD was launched in 2015 and is dedicated to cause-related work. The division focuses on clients and projects that help brands do good in the world including clients XQ from the Emerson Collective and Conservation International.