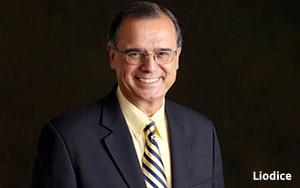 ORLANDO -- Characterizing marketers’ business results as “sluggish” and “negative,” Association of National Advertisers President and CEO Bob Liodice kicked off the association’s annual Masters of Marketing Conference today by calling on national advertisers to “take back the industry.”

Liodice did not provide a detailed plan of action, but called on attendees to establish new “parameters” to fix the problems.

“In all candor, I don’t think creativity has ever been better,” Liodice said, throwing a bone to brand management teams and the agencies they work with -- but despite the relatively strong creative effectiveness, he said statistics indicated that U.S. sales over the past three years have slowed to “less than 2% growth annually.”

Liodice cited a report indicating that “9 out of 10 big brands were declining and losing share as store brands and smaller brands won out.”
advertising, ana
3 comments about "Liodice Kicks ANA Show Off On Foreboding Note: Cites 'Sluggish' Sales, Brands In 'Decline'".
Check to receive email when comments are posted.
Read more comments >
Next story loading