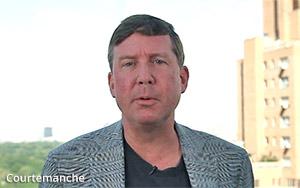 WPP’s Young & Rubicam has established a new global Healthcare practice and has named Howard Courtemanche as its president.

Courtemanche has worked on pharma and consumer healthcare for close to two decades. Prior to joining Y&R a few months ago to begin building the practice, he served as CEO of sibling agency JWT’s Health practice, where he is credited with driving double-digit growth while building a blue-chip roster of clients. He has also worked at the holding company level on strategic healthcare marketing initiatives.

The JWT practice services an array of products and brands owned by companies such as Johnson & Johnson AstraZeneca, Bristol-Myers Squibb, Pfizer, Ferring and Sunovion.

Known as a pioneer in DTC advertising, Courtemanche is credited with launching the original consumer campaigns for Lipitor and Prevacid, two of the world’s best-selling drugs. Over his career, Courtemanche has also worked with global clients such as Procter & Gamble and General Mills, and in categories ranging from beer to toothpaste to cereal to diapers.

Since his arrival at Y&R the agency has won three OTC and pharma AOR assignments with estimated revenue for the agency of $10 million, helping to make the category a key driver of growth. Y&R declined to disclose the names of the clients at this time.

Y&R CEO David Sable stated: “Howard has a proven track record and has an exceptional wealth of knowledge about healthcare and pharma.  He is intrinsically collaborative and a generous teacher. He has a keen grasp of the very singular challenges and opportunities in the category, and is phenomenal at building the right teams, focusing on the right issues and delivering elegant solutions.”