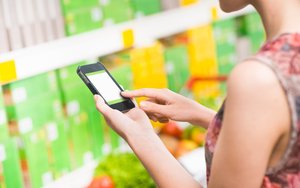 Once a consumer starts researching products on their smartphone, the actual purchase of a product is pretty closely behind.

Chinese and U.S. consumers are the quickest to convert while Japanese consumers tend to take a bit more time. When shoppers start their mobile researching, here’s the breakdown of how many make a purchase within the day or sooner:

After they start their mobile research, more than half (54%) of U.S. consumers end up making the purchase in a physical store. In China and the U.K., more consumers make their final purchase via mobile rather than in person or via desktop.

Shoppers in the U.S. may pass on mobile payments and prefer to make most of their purchases in a physical store, but that doesn’t leave mobile out of the process.