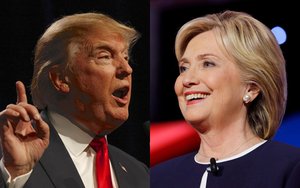 Because it's election season and that's really just an excuse for everyone to trot out their own version of election-related self-promotion disguised as actual news, we have Y&R using their Brand Asset Valuator to track and analyze Clinton and Trump as if they were, well, Google or Clorox.

The agency was able to segment the respondents by their political affiliation, Republican or Democrat. Not surprisingly, respondents from each party saw the opposing candidate in far more negative terms.

There is greater variance in the way Democrats and Republicans see Trump than Clinton. This suggests not only that Trump is more polarizing, but that Clinton will have a slightly easier time appealing to independents and undecideds. November 8 will answer that question.

Take a look at the infographics below for more insight. 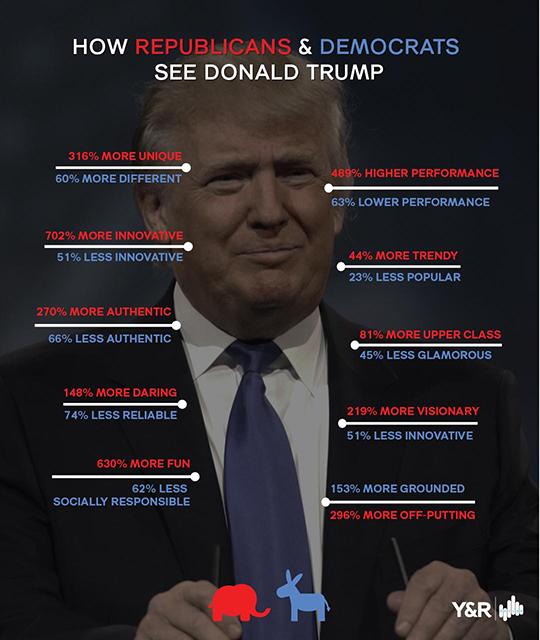 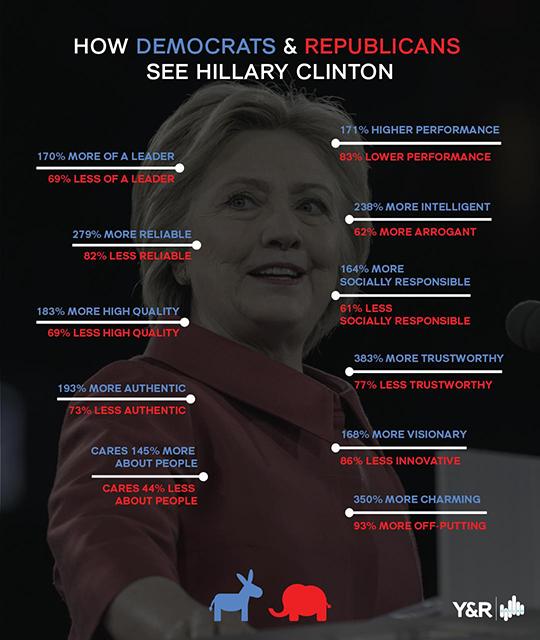 So, yeah, choosing Clinton or Trump is like choosing between Tide and All? If only it were that simple.

But Y&R went a bit further by exploring the brand affinity of Clinton supporters and Trump supporters. Using consumer and brand insights from BAV, Y&R compared perceptions of candidates among their own parties with perceptions of product brands. They identified crucial imagery for frontrunners Hillary Clinton and Donald Trump, and correlated it with the imagery of 3,200 product and corporate brands.

Here's how that played out. 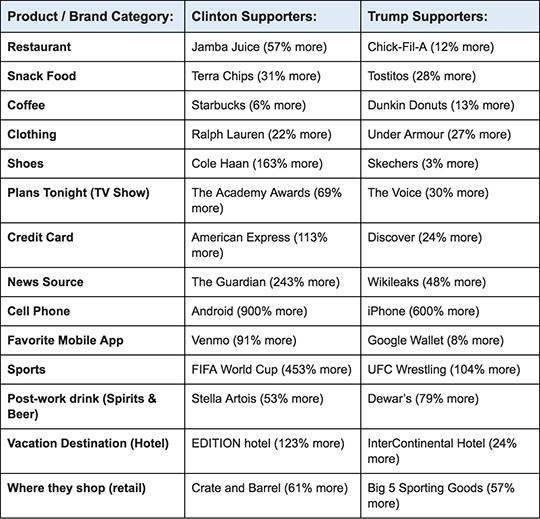 Shockingly, it seems Trump supporters are far bigger fans of the iPhone than Hillary supporters. That just doesn't seem right.