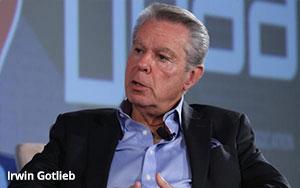 Ad industry titan Irwin Gotlieb, global chairman of GroupM, on Thursday blasted the ANA’s report on agency transparency released earlier this year as an attempt by “auditors” and “forensic investigation firms” to drum up business.

Gotlieb leveled the charge during an on-stage interview conducted by author and New Yorker media reporter Ken Auletta at the “Video Everywhere Summit 2016,” the all-day conference in New York put on by the Digital Place Based Ad Association (DPAA).

Auletta asked Gotlieb about the rocky relationship between clients and agencies as represented by the ANA (the Association of National Advertisers) and the AAAA (American Association of Advertising Agencies).

“Why [is there] a keen sense of mistrust?” Auletta asked.

“I’m going to be really harsh,” Gotlieb said candidly. “The entire effort was a biz-dev [business-development] effort. … The ANA allowed themselves to be part of a third-party’s business development.”

The report was released last June 7, following a seven-month study spearheaded by the ANA and K2 Intelligence. Another firm, Ebiquity (and its subsidiary Firm Decisions), was chosen “to partner with K2 for the purpose of developing practical recommendations to address the study’s results,” according to ANA’s own Web site.

In his remarks about the report, Gotlieb mentioned Ebiquity by name when Auletta asked if he “sees this as having a lingering effect.”

“As long as people are stoking mistrust for their own business interests, it will continue, but I don’t think it’s productive,” Gotlieb said.

“What’s ‘their own business interests’?” Auletta pressed him.

“If you are a forensic investigation firm and promise to uncover stuff, you get retained to do it,” Gotlieb said. “If you’re an auditor … I mean, the weekend before the ANA report came out, there was a page on the Ebiquity site that essentially incited clients to action. It was pure biz-dev,” he charged. “It was in such poor taste that even they took it down.”

Gotlieb didn’t entirely dismiss the need for oversight, but he evidently feels the ANA’s transparency report was much ado about nothing. “Was there some bad behavior out there? I would speculate [that] in any industry, there’s going to be some bad behavior. Some of us are SOX-compliant [standards of conduct] and some of us weren’t,” he said.

“Those of us who are SOX-compliant have really, really stringent rules that we have to follow. … It is very hard to misbehave. … None of my comments should suggest that any agency shouldn’t take very, very seriously their compliance requirements, their responsibility to comply with contractual terms and so on.”

But his remarks indicated that, in his opinion, the only group that has benefited from the report are auditing firms.

“To me, the most telling thing is, it’s been five months now since the transparency report was issued,” he said. “We’ve been audited by a number of clients, and I am sure all my counterparts have been audited by their clients. How much has surfaced?” he asked rhetorically. “Have you heard a lot? Has a major scandal surfaced?”