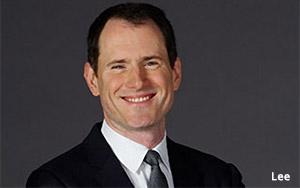 Ranked by the success rate of both new business generation and pitch defenses, UM outscored its nearest competitor by 11 points to earn the No.1 rank. Some of the agency’s wins this year include GoPro and Tourism Australia (Global), Sony Pictures (NA), Sony Electronics (US and China) and General Mills (China).

The following four agencies were grouped in the “Positive” category and included (in order) Zenith, Carat, Vizuem and Maxus.

Next on the list are those agencies that RECMA described as “Stable” and included Initiative/BPN, MEC, MediaCom, and OMD.

“Underperformers,” per the RECMA report included Mindshare and Starcom.

RECMA’s Trend Analysis Report accounts for pitches that involve the world’s top 150 advertisers on the local, regional and global levels.

Daryl Lee, Global CEO, UM, stated,  “Our continued success is directly tied to the strength of our moments-based approach to planning, which we unveiled last year, and our unwavering belief that better science and better art delivers better outcomes. This is a fundamental offering at UM, and it’s exciting to see how well it’s resonating with our clients around the world.”