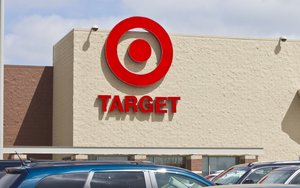 Target, which has had plenty of investors chewing their fingernails in recent months, posted unexpectedly peppy results for the third quarter, with both sales and profits beating forecasts. And it’s feeling so good about its holiday marketing and merchandise plans that it raised its estimates for the full year.

In its announcement, CEO Brian Cornell says the Minneapolis retailer made its third-quarter gains with “unexpectedly strong results in both back-to-school and back-to-college season.” In its so-called “signature categories”-- which include fashion, kids, groceries and wellness -- same-store results were strongest, up 3%. That includes sales from the launch of two key new private label initiatives for kids: Cat & Jack apparel and Pillowfort décor.

Moving into the holidays, he says, the company is confident about delivering a “great” experience to shoppers, as it “brings our merchandising and marketing plans to life throughout the holiday season.”

But while results were better than expected, they were still down, with third-quarter sales dropping 6.7% to $16.4 billion from $17.6 billion last year, and same-store sales slipping 0.2%. (The decline reflects the sale of its pharmacy business.)

Online sales jumped 26%, however, reversing its previous trend toward declines.

For the quarter ahead, Target is now projecting same-store sales results of between negative 1% and a 1% gain. (Previously, it had forecast a range of down 2% to flat.)

While the results were upbeat, observers like Barclays continue to be plenty bearish. It believes Target “lacks a natural traffic driver,” and says that long-term, it believes Target is “structurally challenged.” Food continues to underperform, writes Barclays analyst Matthew McClintock in his latest report. And while the new merchandise may prove appealing to consumers, “we believe Target’s comparable-store sales growth and margin expansion targets are optimistic, as the company faces substantial pressure within the general merchandise category from e-commerce.”