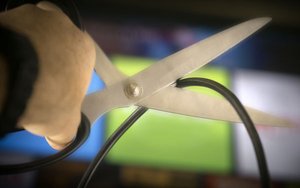 Pay TV subscribers have made some bigger changes recently -- including cord-cutting -- apparently with more alterations to come.

When asked in a TiVo survey “Have you switched cable/satellite providers “in the last months?” some 9.1% said they had. This comes from research of 3,140 people 18 years and older in the third quarter of this year.

TiVo says this is up slightly quarter-to-quarter and year-over-year, and it says this “marks the highest result since this question was added to its survey since 2013.”

What would keep them from making these changes? TiVo said 65% would remain with their current pay TV service if they could choose and pay for the channels they watch.

The survey also said 43.5% would stay if their pay TV service could combine all TV providers -- including Netflix, Hulu, Amazon Video -- into one play to easily find programming.