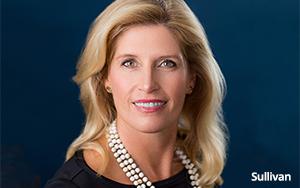 Omnicom Media Group has named Catherine Sullivan to the newly created position of president, US Investment. In her new role, Sullivan will oversee the investment teams within OMD, PHD and Hearts & Science across all channels and screens -- and according to the company, “will be charged with assuring an investment infrastructure that is aligned with and responsive to a rapidly changing media marketplace.”

Sullivan joins Omnicom Media Group with three decades of experience on the media owner side of the business, including 15 years with ABC and 14 years at NBC.

According to OMG, in her most recent role as ABC’s SVP news sales, she increased digital multiplatform revenue by more than 50% over the past four years, and during that same time period drove revenue of more than $100 million -- at a time when ratings remained flat.

Sullivan will report to John Swift, CEO North American investment at OMG. “Bringing in talent with a diverse range of skills, experience and points of view is critical to our ability to drive innovation and deliver value on behalf of our clients,” stated Swift.  “Combining Catherine’s owner-side experience across multiple platforms with the strong leadership team we’ve built across our US investment organization adds a whole new dimension to our offering.”

As a network sale veteran, Sullivan has done lots of business with OMG agencies and was as a key player in negotiating OMD’s landmark $1 billion deal across all Disney platforms a few years back.

Throughout her tenures with both ABC and NBC, Sullivan was tasked with wide-ranging remits that included business development, sales team management, integrated sponsorships, branded content and other responsibilities.

“My years on the other side of the table have given me a unique perspective on what media owners are capable of offering to clients and what motivates them to go above and beyond,” stated Sullivan. ”I’m looking forward to translating that insight into measurable benefits for our clients.”