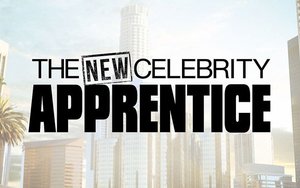 The onetime reality-TV show home of the President-elect is getting a new name, new head of the boardroom and new sponsors.

NBC’s “The New Celebrity Apprentice” will start a new season Monday January 2 at 8 p.m. featuring Arnold Schwarzenegger presiding over the boardroom. Donald Trump had that role since this version of the show began in 2008.

For years, the show has featured many sponsors, in major branded entertainment/advertising deals, woven into episode story lines featuring “tasks” to be accomplished by celebrity contestants.

The show claims big results for in-show marketers: For example, in 2015, “Apprentice” helped King’s Hawaiian push up growth by 30% within the month of the airing. In 2013, Crystal Light Liquid sales rose 12% to sales for the week following the airing of the episode.

“The New Celebrity Apprentice” is produced and distributed by Metro-Goldwyn-Mayer, with longtime executive producer Mark Burnett continuing in the role.

Sixteen celebrities will compete for their favorite charities as the show shifts from New York to Los Angeles. The winner will receive a $250,000 check to give to their designated charity.

In 2015, after Donald Trump announced his intent to run for president -- and after some politically charged comments -- NBC decided to pull Trump out of the show. For his part, Trump says he made the decision to leave.

A Washington Post story last April quoted Trump as saying he made over $213 million from the show -- and its predecessor, “The Apprentice -- over a 14-year run. For the 2015 season, “Celebrity Apprentice” pulled in $42.3 million in national TV advertising revenues for NBC, according to iSpot.tv.