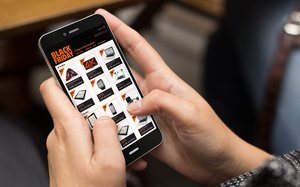 If there was any doubt that mobile would play a significant role in holiday shopping, the verdict already is in.

Thanksgiving Day saw the greatest amount of both mobile traffic and mobile orders for online shopping, leaving PC traffic in the dust, based on a new online mobile shopping study.

Over the holiday weekend, mobile traffic accounted for 75% of traffic on average, with the other quarter coming through computers, according to the study, which is based on an analysis of data from 3,000 online retailers conducted by ChannelAdvisor.

The research comprised online sales of online-only retailers as well as those that have physical stores but also sell online as customers of ChannelAdvisor. Some of its customers include Crocs, Deckers, Dell, Under Armour, Timex, Drugstore.com, KitchenAid and Shop.com, among others.

Orders on Thanksgiving via mobile device passed desktop orders for the first time in this annual research, with more than half (53%) of orders taking place on mobile compared to fewer than half (47%) on desktops. For the entire holiday weekend, mobile and desktops were neck and next around the 50% range.

Of course, all those mega shopping days were all a warmup for Cyber Monday, where a record $3.45 billion was spent online, a 12% increase over last year, according to the Adobe Cyber Monday report. This marks the largest online sales day in history, passing Black Friday spending of $3.3 billion.

The report is based on aggregated and anonymous data from 23 billion visits to retail websites. Adobe measures 80% of all online transactions of the top 100 U.S. retailers. The analysis includes some interesting tidbits:

What could be missed in all the holiday sales numbers is the actual impact mobile has on retail sales overall.

Almost half (47%) of U.S. online adults research products via mobile before buying, according to a new study by Forrester Research. This is consistent with numerous studies showing that mobile is involved throughout the entire Mobile Shopping Life Cycle, as I’ve noted here many times.

In one of the more interesting set of research stats based on the survey of 45,000 online adults, Forrester determined that people can use their phone for mobile research before making a purchase pretty much anywhere and everywhere. Here’s the breakdown of where they use their smartphones to access the Internet:

Holiday shopping sales figures are identifying the growing movement to making a purchase via mobile device. But those final sales numbers still will be just the tip of the mobile commerce juggernaut.