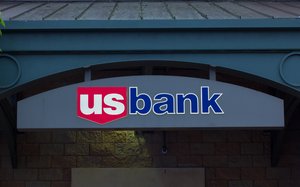 Independent media agency Crossmedia has been named media agency of record for Minneapolis-based U.S. Bank, the 5th largest commercial bank in the country.  The selection came after a formal review and the incumbent was Cincinnati-based Empower MediaMarketing, which had handled the account for 23 years.

The account will be handled  by Crossmedia’s New York office and includes planning, buying and the agency’s real-time analytics offering. The creative portion of the account, not part of this review, is handled by Carmichael Lynch, which won the assignment last year.

Kate Quinn, executive vice president and Chief Strategy and Reputation Officer at U.S. Bank stated, “Our partnership with Crossmedia will help us continue to earn that [customer] trust through strategic and innovative media investment. We are excited to share more of our brand story in 2017.”

“There is significant energy behind the U.S. Bank brand,” stated Kamran Asghar, Chief Executive Officer of Crossmedia. “They have a powerful new brand campaign called the ‘Power of Possible,’ naming rights to U.S. Bank Stadium which will host significant events in the next few years and a refreshed roster of agencies… We believe our new partnership will be transformative for U.S. Bank and Crossmedia.”

"It’s with great respect and admiration for our 23-year relationship with U.S. Bank that we end an era as a new one begins,” said Jim Price, president and CEO at Empower MediaMarketing, MediaPost’s 2016 Media Agency of the Year. "We look forward to announcing a new financial client in the next few weeks. We’ve had a prosperous relationship with U.S. Bank and have served as a change-agent that’s helped U.S. Bank evolve from a small regional bank to the fifth largest bank in the country.”