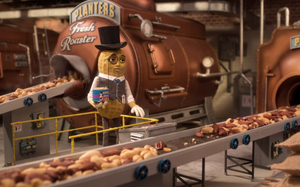 While peanuts can be packed with protein — and are often a “go to” snack during the rushed holidays — that nutrition doesn’t come at the expense of taste. Planters is out with a new campaign to remind consumers exactly that.

The brand has recently launched a new marketing campaign focusing on the “craveability” of all its product lines (including mixed nuts, cashews and peanuts). The new effort uses Planters’ well-recognized brand to convey its product expertise, with the tagline, “Irresistibly Planters.”

“Whereas [our previous campaign] ‘Power of the Peanut’ was focused on the nutritional benefits peanuts offered, ‘Irresistibly Planters’ focuses on satisfying cravings through its core offerings,” Camille Vareille, head of brand building, The Kraft Heinz Company, tells Marketing Daily. “Through our testing and research, we’ve found that focusing on taste and craveability has potential to win with our consumer.”

The new campaign utilizes the brand’s longtime mascot, Mr. Peanut, to expound on the product’s taste and “craveability.” In stop-motion animated television spots that broke this week, Mr. Peanut takes viewers behind the scenes of his peanut factory, where chipmunk-cheeked workers pilfer peanuts off the conveyor belts and last year’s Mr. Peanut antagonist, Michael (a nutcracker) is kept safely behind Plexiglass to test the nuts’ allure.

“Mr. Peanut has been a brand icon and popculture household name for 100 years, but this is the first time he takes us behind the scenes of his nut factory, which produces not just peanuts, but also mixed nuts and cashews,” Vareille says.

The television spots broke earlier this week, while “behind the scenes” videos that showcase the creation of the commercials, as well as more plot backstory, will make their appearances on digital channels beginning in January.