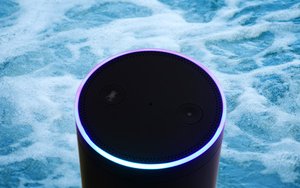 Amazon’s Echo may become a star witness in a first-degree, hot-tub murder investigation.

An Arkansas judge issued a search warrant for data inside an Amazon Echo in a case related to a homicide investigation being conducted by the Bentonville Police Department.

In their request for the warrant, police said they have cause to want to search the Echo. From the official police request:

“Have reason to believe that on devices seized as evidence related to a homicide investigation being conducted by the Bentonville Police Department, there is now being concealed certain data, namely electronic data in the form of audio recordings, transcribed records, text records and other data contained on an Amazon Echo device.”

Back in November of last year, one person found another dead in the hot tub on the back patio at his residence. He called 911, police came, then detectives and then the medical examiner, who ruled the death a homicide by strangulation with a contributing cause of drowning.

The person who found the body was later charged with first-degree murder and is awaiting trial.

That’s the background and context, which could lead to some unchartered IoT territory.

The following is from the police detective request for the search warrant:

“I located an Amazon Echo device in the kitchen, lying on the kitchen counter next to the refrigerator, plugged into the wall outlet. I had previously observed this device in the same position and state during the previous search warrant (a first search of the premises). Amazon.com states that the Echo is equipped with an array of several microphones, equipped with sensors that use beam-forming technology to hear users from any direction. …Echo can hear users ask a question even while the device is playing music or if there is background noise.”

That comes from the portion of the search warrant request involving background information for a judge to have context to rule on the request.

It turns out, the murder suspect was pretty well into connected devices, since police said they found numerous smart home devices on scene, including a Nest thermostat that was Wi-Fi connected, a Honeywell alarm system with door monitoring alarms and a motion sensor in the living room, a wireless weather monitoring system outside on the back patio and WeMo devices in the garage for remote-activated lighting.

Police seem to be looking for more than just what is on an actual device. More from the police search warrant request:

“Through the investigation, it was learned that during the time period of Victor’s (the deceased) time at the residence, music was being wirelessly streamed throughout the home and onto the back patio of the residence, which could have been activated and controlled utilizing the Amazon Echo device or an application for the device installed on (the suspect’s) cell Apple iPhone. The Amazon Echo device is constantly listing for the ‘wake’ command of ‘Alexa’ or ‘Amazon,’ and records any command, inquiry or verbal gesture given after that point, or possibly at all times without the ‘wake word’ being used, which is uploaded to Amazon.com’s servers at a remote location.

“It is believed that these records are retained by Amazon.com and that they are evidence related to the case under investigation.”

By design, many IoT connected devices spend a lot of their time listening.

This could be one of the first major tests of who has access to what is said to and even around these devices.