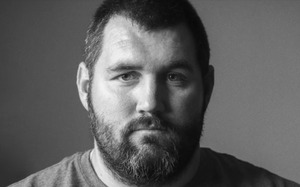 Russell Athletic is launching its latest football tearjerkers right into the heart of Bowl Season, with two new installations in its black-and-white “Team On” rebranding campaign.

The first of the new spots, "Dear Coach," is a love letter from players to high school football coaches everywhere, for challenging them to push harder on the field, in the weight room, in class and in their community. The young athlete thanks him for that discipline, and says that while players started high school afraid of all the yelling, they have come to see him in terms of “love, not decibels.”

The second, "Dear Seniors," is a coach’s speech to kids on the occasion of their last game, and an acknowledgment that for most, the dream of playing football dies when they leave high school. “I know it hurts,” he says. “Football does.” He tells them that even though they are turning in their jerseys, “you will wear that for life.”

The ads broke during the Russell Athletic Bowl.

The Bowling Green, Kentucky-based company, which claims to have invented the sweatshirt back in 1930, says it is all part of the “Team On” effort it launched earlier this year --  and it is connected to a larger digital and social content campaign and the culmination of a "Settle Your Score" effort introduced at the beginning of the season. (That focuses on six high school teams that had lost the state championship, detailing what haunted them most about the loss.)

The content campaign includes letters from more than 400 high school coaches, and the company is asking coaches and fans to post farewell messages to outgoing seniors with a #DearSeniors hashtag on social media.

Russell is owned by Fruit of the Loom, which is a subsidiary of Berkshire Hathaway.