Holiday Shopping Done, Mobile Moves To NRF Show And Onto The Next Year 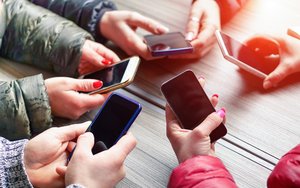 The holidays were good for mobile commerce.

Consumers were active in using their smartphones and tablets both for visiting Web sites and making purchases.

As a final holiday post mortem, Adobe Insights has tallied an impressive number of stats from the entire holiday shopping season.

Overall smartphone and tablet website visits from the beginning of November until the end of December accounted for 50% of visits, finally matching those from desktops.

Though not matching desktop sales, mobile sales still were impressive at almost a third (31%) of online sales compared to desktops at 69%.

The key is that mobile was and continues to be involved in all aspects of shopping.

On Cyber Monday alone, mobile accounted for more than a third (35%) of sales. However, on that one day, more than half (53%) of site visits came from mobile devices.

No matter where the consumer makes their final purchase, whether by phone, tablet, desktop or in a store, it all starts with or includes mobile.

This is significant due to the dollars involved. On Cyber Monday alone, online sales exceeded $3 billion and overall online sales for the season hit a whopping $92 billion.

That money was spent all along the way, with more than $1 billion spent on 57 of 61 days.

The amount spent per order via mobile device also was significant, with the average order value of more than $100, at $132 for iOS devices and $118 for Android devices, although both were higher on Black Friday.

Black Friday also was an active mobile day, with more than half (57%) of retail visits and 40% of online sales coming from smartphones or tablets.

Conversion on either device was just under 2%, about half of desktop conversions. For the peak shopper period, including Cyber Monday, Thanksgiving through Cyber Monday and the season total, mobile conversion rates on both mobile devices were higher.

The study included some interesting tidbits, such as almost a third (30%) of Thanksgiving Day shoppers tap a smartphone because they are on-the-go and a quarter (24%) because they can shop online without it being noticed by family or friends.

The post-holiday mobile stats come at an opportune time, since the retail industry is about to gather in New York next week for the annual National Retail Federation Big Show.

Mobile shopping for the holidays is done.

Now retailers turn to the NRF show to start the discovery process to see what mobile tools will be in store for shoppers for the next year.