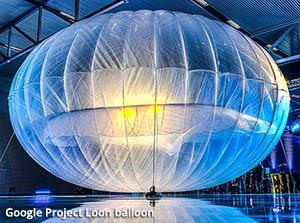 One of Google’s drone-based programs is officially no longer, but the company’s pursuit of delivering Internet via unmanned aerial system is far from over.

Alphabet’s X company recently ended its Titan project, which was working on a solar-powered drone that could deliver Internet access to remote areas of the world.

X, commonly referred to as the "Moonshot Factory," confirmed that the Titan team had actually been dissolved shortly after the team joined X last year, 9to5Google reports.

The 50-person team will be moving to other projects within the company and the focus has shifted to the company’s other Internet-delivery initiatives that are more cost-effective, according to 9to5Google.

Unlike Titan, which was based on a propelled plane design, project Loon is built upon a network of many balloons autonomously flying in the stratosphere of Earth.

The balloons carry solar-powered networking devices that receive LTE signals from the major networks across the world, which is then relayed to other balloons, creating an expanded network of connectivity in regions of the world without Internet.

Project Loon has been in development since 2013 and can now automatically launch a new balloon into its network every 30 minutes.

The longest flight from an individual balloon was 190 days, which covered more than 75,000 miles of flight and crossed 19 separate countries, according to X.