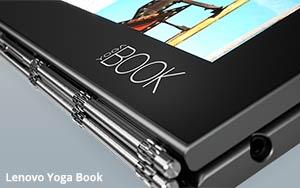 WPP and its market research subsidiary Kantar Millward Brown teamed with Google to study the most powerful Chinese export brands in a report unveiled this week. Computer giant Lenovo topped the list.

The study found that six of the top 10 brands were either consumer electronics companies (Lenovo, Huawei, Xiaomi and Anker) or home appliance makers (Haier and Hisense).  Ecommerce giant Alibaba was number three behind Huawei.

The study developed a ranking of the 30 most powerful brands based on research that looked at close to 170 Chinese companies.

To produce the ranking, Kantar Millward Brown calculated the “brand power” of companies using its proprietary brand equity system known as BrandZ, supported by Google Consumer Surveys. Brands across nine product categories were ranked based on their  scores in seven developed markets, including France, Germany, Spain, the UK, the US, Australia, and Japan.

According to a summary of the findings, “internationally the notion of Brand China is shifting. While established brands (in categories like consumer electronics and airlines) currently have an edge over the emerging internet-driven brands (mobile gaming and e-commerce), with 57% of the total Brand Power in the ranking, digital brands are the real winner. “

“Combined, consumer electronics and mobile gaming lead the ranking, both in terms of the number of brands in the ranking (17) and combined Brand Power (59%). This composition reflects the transformation of Brand China, which consumers abroad increasingly associate with innovative digital devices and services.”

More on the study can be found here.
brands, study
Next story loading